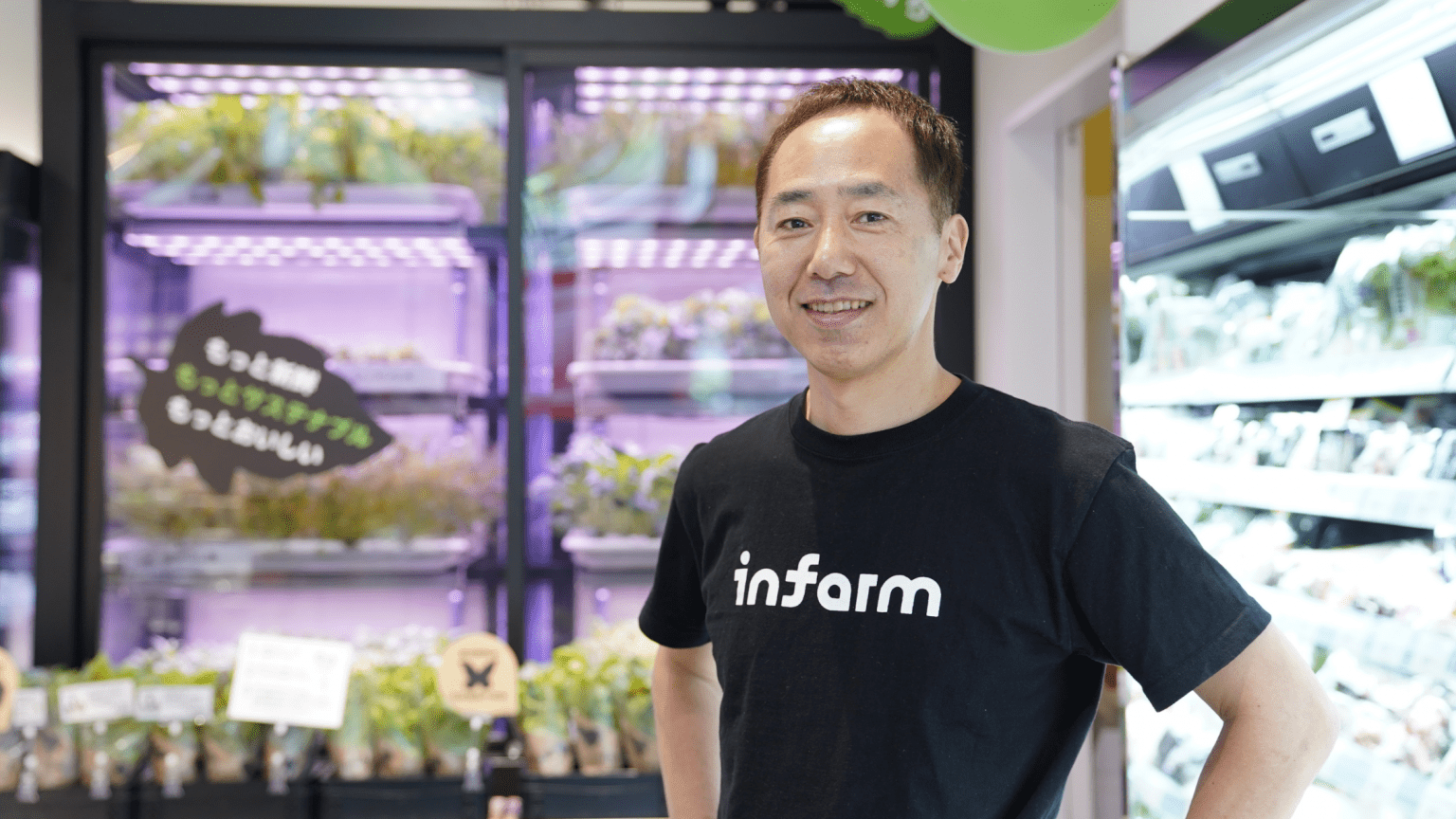 Ikuo is a serial entrepreneur and is running seed-focused funds. In 2016, he invested as an angel in the Berlin startup Infarm, and in 2020, he established Infarm Japan becoming its Managing Director.  In January 2021, he accomplished its first launch in Asia at Kinokuniya International (Aoyama store).

Infarm, is a  Germany-based startup that distributes “modular farms” to grocery stores and other urban locations. It has raised over $400 million in funding till now and accomplished its Series C round recently.

Previously, Ikou has co-founded several startups, including WebCrew which went public in 2004, and Interscope which successfully acquired by Yahoo! Japan in 2007. Later, he co-founded SunBridge Global Ventures, a seed-early stage-focused VC and its portfolio spread into the US and Europe in addition to Japan. His company DreamVision works towards building a global startup ecosystem in Tokyo. We spoke to him about his motivation to be a part of the AsiaBerlin Community and the startup ecosystem in Japan. Here are edited excerpts:

What has been your motivation to contribute to the AsiaBerlin community?

For most Japanese people, Berlin is a long way away, not only in distance but also psychologically. However, people in the startups and venture capital communities, are very much interested to know what kind of place Berlin is and how the Berlin startup ecosystem is. That’s why I’d like to share my experiences, knowledge, and network developed through the AsiaBerlin Ambassador activities with the people in Japan. That would generate more interest towards Berlin in the Japanese people.

Please share something about your experience as an AsiaBerlin Ambassador and how has it helped you or vice versa?

I think it was the second time when I attended the AsiaBerlin Summit, I wanted to contribute to building the bridge between Berlin and Japan. I designed and conducted the survey about the recognition, understanding, and interests towards Berlin in the ordinary Japanese people and the startups/VC people with Makoto Takeda from bistream. Then, I presented the result during my talk.

Why do you feel the Japanese startup ecosystem is attractive?

When the Internet bubble happened at the end of 1990, lots of young people who realized that the Internet will change all the industries founded their own startups. I am one of them. Since then, there were some ups and downs, but the startup ecosystem has kept growing, and now, “double-digit million USD” funding is no longer surprise. It’s a big change!

What are the areas/questions for which the community should reach out to you?

Since I’m one of the early investors at Infarm and Yeay based in Berlin, I’ve been able to get connected with the Berlin startup ecosystem. Also, the reason they wanted to have me as an investor is that they’re interested in coming into the Japanese market. Actually, Infarm has launched in Tokyo and I’ve become Managing Director at Infarm Japan.

Through the process, I’ve learned how to bring foreign startups into the Japanese market. That’s why someone who is interested in entering the Japanese market, I may be able to give them some advice and to connect them with the right people.