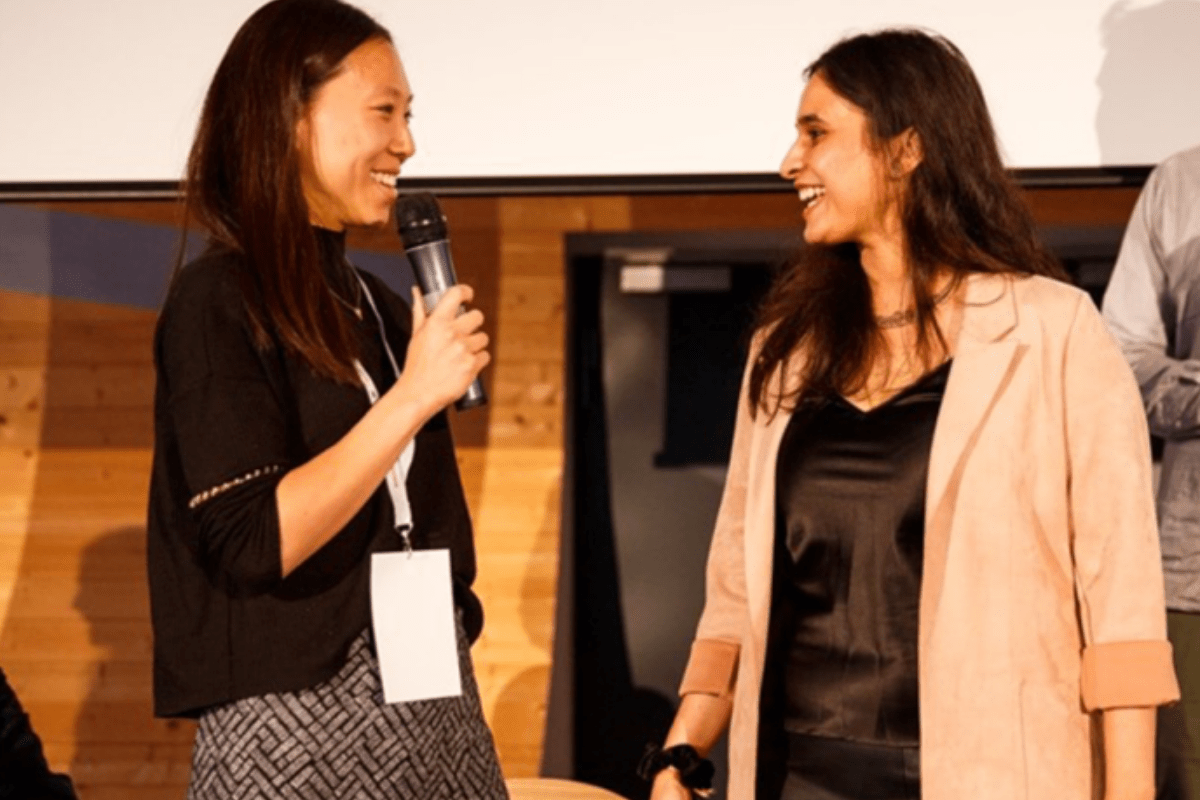 The Female Entrepreneurship in Berlin and India (FEBI) ran from 2018 to 2020 and later came under the wing of the Berlin Lad Program initiated by AsiaBerlin. FEBI was started to support the development and growth of women-led companies in both regions through networking, training, and delegation trips. The project brought together female startup founders and business leaders, as well as support institutions such as accelerators, incubators, NGOs, and international startup ecosystem actors for delegation trips to India and Berlin and the Programme Designers’ Lab (PDL).

The aim of the project was to strengthen networks of women-led companies in Berlin and India by exchanging experiences and to further develop programmes to support female founders. The project was funded by the Federal Ministry for Economic Cooperation and Development (BMZ) in the framework of the German Government and Federal State Programme (BLP) and the Berlin Senate Department for Economics, Energy and Public Enterprises, in the framework of AsiaBerlin.

The first FEBI delegation trip to Berlin and the PDL India program took place during the Asia-Pacific Week in May 2019. With conferences, workshops, expert tours, and an extensive partner program, the APW – currently known as the AsiaBerlin Summit – was created to provide a forum for information, dialogue, and concrete collaborations that benefit the German and Asian partners alike.

With the onset of the pandemic and worldwide pause on travel, we revisited the concept of the delegation trip to make it possible for us to continue to build bridges between key global ecosystems while still adhering to safety guidelines and adapting to the current reality. Following months of research and preparation, FEBI took place for the second year in a row in September 2020, in line with the activities of the hybrid AsiaBerlin Summit. It was an 8-day virtual delegation trip that included an introduction to Industry 4.0 in Germany and its main actors, speed networking with key players in the German Market, sessions by Fraunhofer Institute, Berlin Partner, International Network for Advanced Material, Silicon Saxony, Hyundai Europe, Bosch Startup Harbor, and SAP.io. The delegation also included intercultural training and successful proposal writing workshops. On the last day, the farewell session was led by Berlin State Secretary Barbro Dreher.

Who took part? Get to know the 2020 alumni and their incredible work here

About the Project Partners:

The Female Entrepreneurship in Berlin and India project for women founders has been established in 2018 by the Berlin Senate Department for Economics, Energy and Public Enterprises in cooperation with the Deutsche Gesellschaft für Internationale Zusammenarbeit (GIZ) GmbH, supported by the Federal Ministry for Economic Cooperation and Development (BMZ) through the German Government and Federal State Programme (BLP) and is implemented by enpact e.V. as an integral part of the German-Asian startup platform and network AsiaBerlin. It is cooperating in India with the bilateral program „Economic Empowerment of Women Entrepreneurs and Start-ups by Women”, commissioned by BMZ and implemented by GIZ, which aims to improve the conditions for women-owned companies in India.