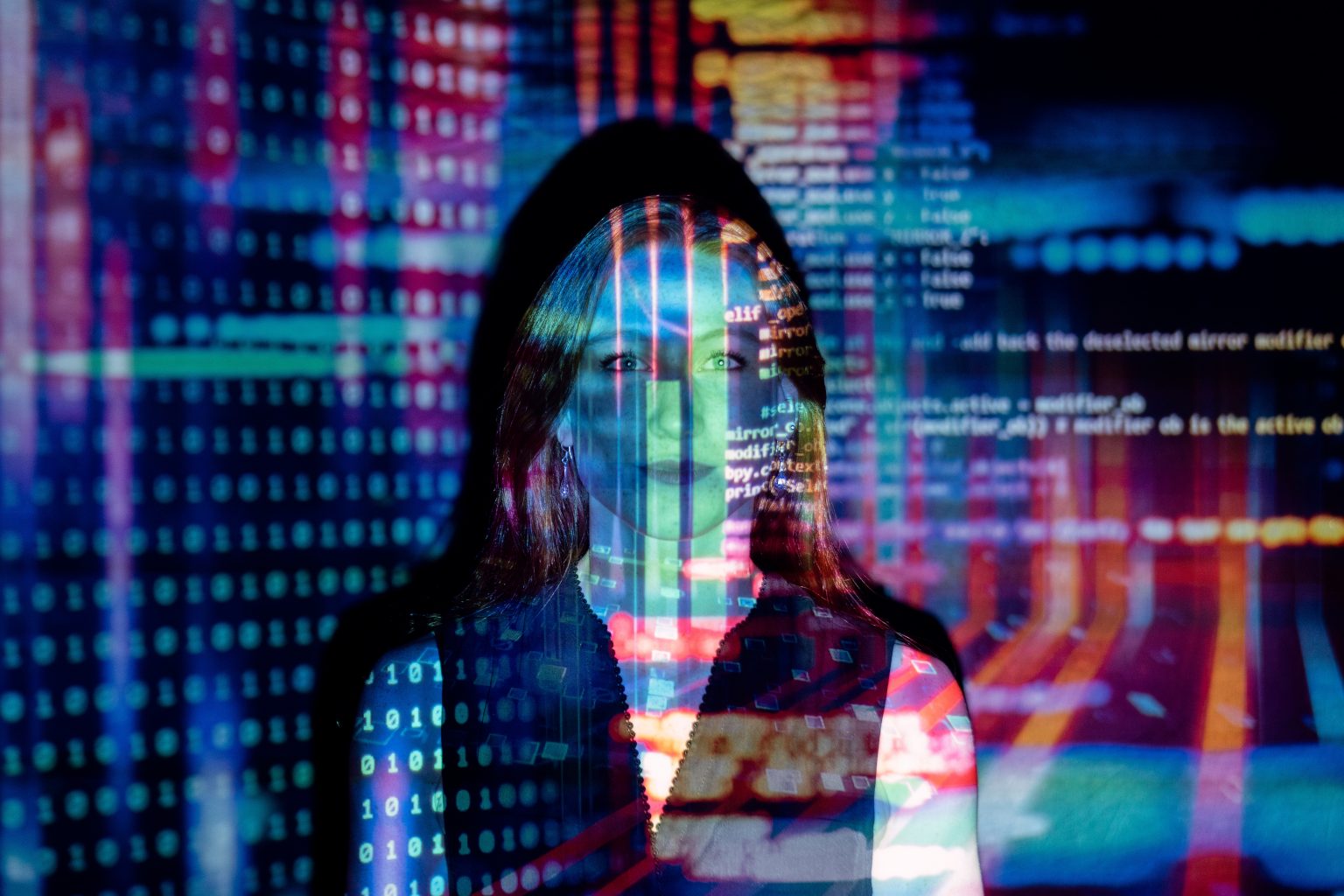 Waking Up from the Blockchain Dream: AsiaBerlin Summit Talks

Blockchain means different things to different people. For some, it is decentralized solutions and for others, it is focused on data and privacy. Here is a look back at the AsiaBerlin Summit 2020 panel discussion that explores how blockchain developed, where it is headed, and did it hold its promise to give power back to people. Here are excerpts from the session.

Looking back at the decade: Blockchain’s three milestones

We ask all  panelists about blockchain’s three major milestones since 2010. This is what they have to say:

Silvan Jongerius is the managing partner at techGDPR, a boutique consultancy in data protection and privacy focused on blockchain, AI and IoT. He’s also Founder-President of a non-profit organisation called BerChain that promotes Berlin as a blockchain hub. Silvan has spent over 12 years in senior tech management roles. Silvan says, “cryptocurrency allows competitors to collaborate which is blockchain’s biggest achievement.”

Irene Adamski is responsible for Partnership Development & Regulatory Affairs at JOLOCOM. Her firm develops self-sovereign identity solutions. The main focus of her work is the gradual increase of system resilience via decentralization and self-sovereign users.

Dr. Oliver Krause, runs the global consulting firm Advantum Partners that helps companies with digital transformation, venture, and ecosystem building. Dr. Oliver is fascinated with how people from various disciplines have come together, be it sociology, economics, law, industry or technology and thinks that the winners manage to build token economies on top of blockchain infrastructure.

Bruce Pon is passionate about data privacy. He is the Founder of BigchainDB and Ocean Protocol. Founded in 2013, these blockchain startups focus on bringing data and AI together in a meaningful way. He realised that financial access was not available to everybody and that everyone wanted control over their data.

Bruce talks about the blockchain’s contribution to data privacy and says, “there is a greater awareness about consumers taking control of their digital assets and reclaiming their digital sovereignty.”  Blockchain is accessible to everyone on Earth and he believes, “over time the power that few internet platforms hold will be rebalanced towards the power of the individual.”

Melanie Mohr is the founder of WOM Protocol, a blockchain project that helps brands tap peer-to-peer recommendations. Her platform digital publishers to monetize their platforms in a user-friendly way through word-of-mouth content.

Melanie takes a 10,000 feet approach to blockchain and comments,” people are yet to understand the use case and advantages of blockchain over existing centralized systems.” She encourages us to think about what technology that brings solutions to the people with no crypto knowledge, and who may not understand the underlying technology. Joking about the hype around blockchain she says,” we are still swimming in our own soup.”

We probed Melanie further to explain the consumer perspective as her startup YEAY allows users to mine crypto using existing consumer habits by creating, reviewing, reviewing and validating content. Her past experience assures her that people are interested in earning cryptocurrency with micro testing. She now wants to focus on scaling the system. Melanie says, “we were able to convert lifestyle influencers. Now they can educate their followers on how the blockchain protocol works for their advantage.”

Why blockchain oriented startups should look at Berlin

AsiaBerlin’s core focus is to build partnerships between Asian and European startups. At AsiaBerlin we want to build an ecosystem where Asian startups aspire to start their European expansion in Berlin.” So, what would be a compelling pitch to such startups based in Asia?

The world’s most technical projects come from Europe. Bruce is also of the opinion that Berlin is one of the nodes on Earth when it comes to blockchain development. “There are wildly different solutions like Cosmos Network, Iota Energy Web and BigchainDB all germinating in Berlin”, he says. What Berlin did not have earlier was a deep bench of financial capital but there are more and more VC funds today. He concludes, “there is a convergence of countercultural streak of the city which aligns to the value of crypto as mentioned, you have the deepest technical knowledge in the most advanced technical projects and finally you are getting the capital in Berlin which is being drawn in from all over the world including Asia.”

Melanie shares that her tech team is decentralized and comes from around the globe, “from Asia to Brazil and of course some key members are in Berlin” she says. Berlin is definitely a good seed ground for innovative ideas and concepts.

Irene discusses the German government’s involvement in supporting the startup ecosystem here. She says, “on the one hand, Germany is very regulated and bureaucratic. It can be challenging for startups to establish themselves initially.” However, the German local and national government looked deeper into blockchain technology at the Ministry of Economics and the Chancellor’s office. Germany was one of the first countries to have a national blockchain strategy.

German regulators are working with startups to understand blockchain and have brought some sense of stability when it comes to cryptocurrency.”Germany had a big role to play in the European Blockchain Infrastructure Scheme and the Blockchain Observatory. Germany and other EU nations believe that blockchain’s underlying infrastructure is here to stay and will lead to the development of new markets and industries”, she says. Collaborative bank is a small German bank that gives loans on the guarantee of cryptocurrency, which has made it very easy for start-ups to secure funds.

The areas of collaboration between Asia and Berlin

Oliver believes that Germany has a typical engineering mindset whereas Asia has an orientation towards the financial space and has a higher risk appetite when it comes to financial innovation. Nodding in agreement, Melanie says, “30% of the working population in Japan are earning in crypto. Japan, Korea and China were the first adopters of crypto which is the reason why it is easier to get funds for blockchain startups in Asia.” As a result, many European founders were exploring Asian markets for securing funding, collaboration and partnerships. This understanding of the value of cryptocurrency is still the biggest advantage Asian markets have.

The direct investment and interest between Asia and Berlin goes hand-in-hand. The slogan “Industry 4.0” has been a huge success in China. Decades of collaboration between Japan, Korea and Germany allows for policy that enables innovation in tech. Indonesia, Vietnam and The Philippines are also showing interest in this technology. There is something special and unique about Berlin according to Irene. Irene says, “There’s a difference when you say you are moving abroad and when you say you are moving to Berlin.”

Blockchain as a technology enables a lot of interesting use cases, collaboration and data sharing. From the vision point of view then they are not so far apart. Silvan says, “decentralized technology gives power back to people, which is central to the privacy mindset. Things get tricky when we look at the policy implementation aspect of blockchain technology.” For example, GDPR ascribes that one central authority needs to be in control and blockchain aims to decentralize that.

For Melanie, “the biggest challenge is making people aware that we have a problem and understanding blockchain technology is to their advantage.”

Oliver builds on Melanie’s advice and says, “there has to be a clear perception of the potential uses that technology can solve- it’s better, faster, cheaper that what I have right now.” He envisions products that have blockchain embedded in them.

Irene says,” blockchain in itself is not a solution. Blockchain offers an infrastructure on top of which markets and use cases can be built.”

Bruce says,” a successful blockchain project for me would be one that aligns the global community with common values and goals that can outlive the founding team and extend the capabilities of the project.” He hopes that the global community rallies around it and it is adopted just like the internet was 30 years ago.

“Many new projects see privacy not just as a compliance requirement but as a core value”, says Silvan. He hopes that such an ethos is at the heart of future startups that venture into this space.