The first APW started on 15 September 1997 with Governing Mayor Eberhard Diepgen and the CEO of Siemens and President of Asia-Pacific Committee of German Business (APA) Heinrich von Pierer, 25 years later they will start on 12 September 2022 with Senator Stephan Schwarz and the CEO of Siemens and President of Asia-Pacific Committee of German Business (APA) Roland Busch! ⭐Although the world spoke of the upcoming Asian century, 1997/98 were marked by the financial crises in South-East Asia. The start of the APW were also a remarkable step for Berlin as its external policy was very much focused on Central and Eastern Europe at the time. - Today the bi-annual cultural APW were turned into an annual startup event and complemented by delegation trips, monthly events and a strong community under the roof of AsiaBerlin. ⭐The breakthrough of the #APW was also thanks to the highly ranked advisory board, the active support of Heinrich von Pierer and the patronage of Federal President #RomanHerzog, who launched the event with a ceremonial act in the Berlin City Hall: "The future is being shaped in Berlin. Nowhere else in our country are so many new things being created... That is why I very much welcome the fact that the Berlin Senate is organising month-long Asia-Pacific Weeks. ... The city thus has a great opportunity: it can become an important hinge of European-Asian exchange and dialogue for Germany, perhaps even for Europe." Read the full speech: https://lnkd.in/dibjGMBh ⭐ Eberhard Diepgen: "With the Asia-Pacific Weeks, Berlin is setting itself the goal of establishing a forum for dialogue with this important future region, a forum not only for its own city, but for Germany and Europe as a whole." ⭐ Sir Leon Brittan, Vice-President of the European Commission: "Within the continent of Europe, Berlin has special significance as a meeting point of east and west. But where once the two parts of our continent were divided, now they are reunited. In hosting these Europe-Asia-Pacific Weeks Berlin seeks a role in strengthening relations between east and west on a broader scale." 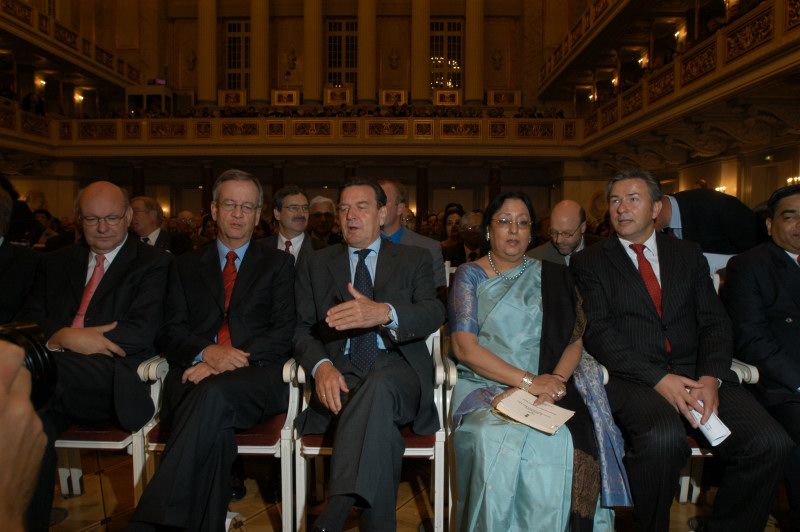 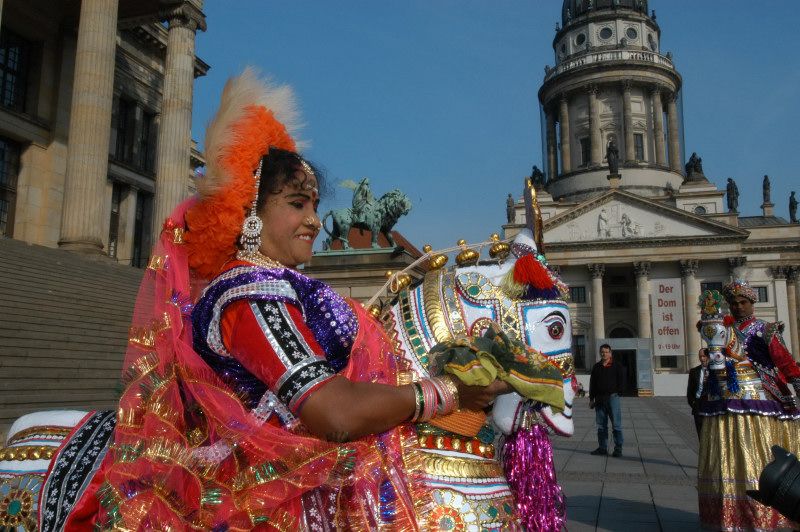 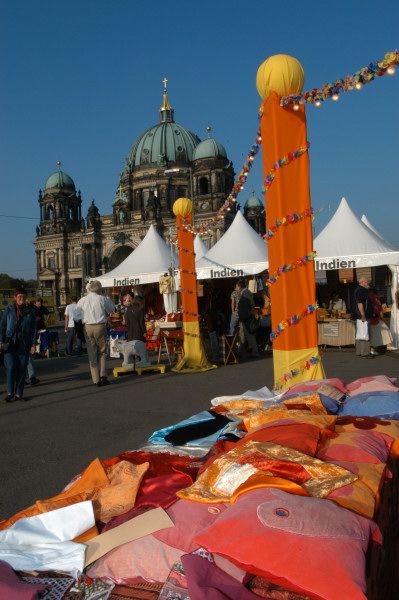 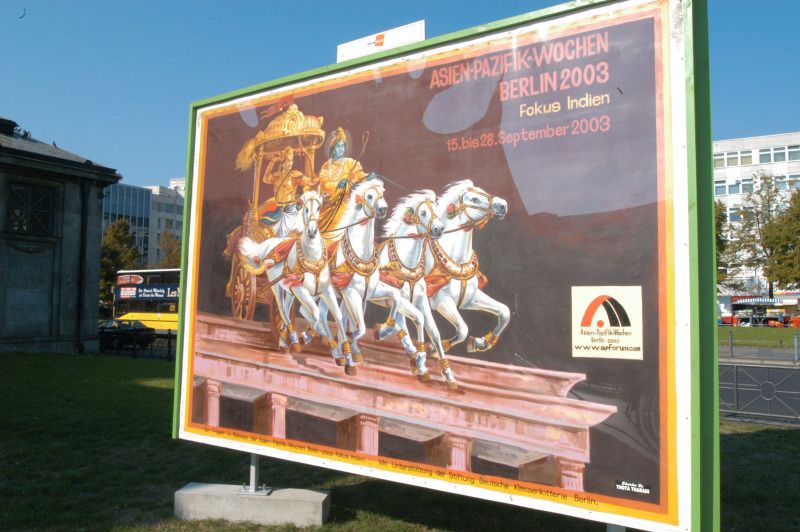 ⭐ Japanese Prince and Princess #Akishino and German Federal President Rau officially opened the 2nd Asia-Pacific Weeks (APW) together with Governing Mayor Eberhard Diepgen and APA President Heinrich von Pierer on 27 September 1999 in Berlin´s famous Konzerthaus Berlin in cooperation with the "Japanese Year in Germany". The series of around 160 events from business, politics, culture, and science was dedicated to a first country focus: #Japan. ⭐ A conference of Ministers for Economics from 15 European and 10 East and Southeast Asian countries in the framework of the Asia-Europe Meeting (ASEM) was one of the political highlights whereas the concert of the Japanese folk rock band #TheAlfee at the #BrandenburgerTor was undoubtedly a media highlight. ⭐ In summer 1999, a couple of weeks before the start of the APW, most Federal Ministries had moved from #Bonn to #Berlin, followed by many Embassies, which motivated the creation of the Asia-Pacific Forum Berlin, today´s AsiaBerlin Forum with former Volkswagen manager #MartinPosth as founding chairman. ⭐ 1999 was also the year of the first main sponsorings by Siemens and DaimlerChrysler AG!

The third Asia-Pacific Weeks, held from 17 to 30 September 2001, were a tremendous success with China as focus country and the strong support of the State Council Information Office of the People’s Republic of China. ⭐The event was opened by newly elected Governing Mayor #KlausWowereit, Federal Chancellor #GerhardSchröder, Chinese Minister #ZhaoQizheng, and APA President and CEO of Siemens Heinrich von Pierer again in Konzerthaus Berlin Gendarmenmarkt. ⭐The #ChinaFest was then and probably up to now the largest presentation of Chinese culture ever shown abroad. The exhibitions of contemporary Chinese art at #HamburgerBahnhof and of Chinese Buddhist sculptures from the 6th century from #Qingzhou at #AltesMuseum were two of many highlights: https://lnkd.in/d_trANzh ⭐The high-level Chinese-European Business Congress organized by the Asia-Pacific Forum Berlin (#APF) rounded off the business program on China. Another 180 events on 16 different countries of the Asia-Pacific region offered a fascinating kaleidoscope of the region. An excellent example of this variety was the Market of Asian-Pacific Cultures. Main challenge: the terrorist attack from 9/11, one week before the start of the APW, overshadowed the spectacular event, and the final Chinese firework, a present of our partner city #Beijing, had to be postponed. ⭐Between APW1999 and 2001 the German Government and Parliament had moved to Berlin as well as the embassies, and the Asia-Pacific Forum Berlin (today Asia Berlin Forum) was founded.

⭐ The fourth Asia-Pacific Weeks (APW) focused on #India and took place from 15 to 28 September 2003. They were opened by Governing Mayor #KlausWowereit, Federal Chancellor #GerhardSchröder, Deputy Chairman of the Upper House of the Indian Parliament #NajmaHeptulla, and APA President and CEO of Siemens Heinrich von Pierer again in #Konzerthaus Berlin Gendarmenmarkt. Ms. Heptulla explained us the relevance of very powerful Indian Goddessess, like #Durga, #Kali, #Saraswati, and #Lakshmi. With a total of 280 events and even more than a million visitors, the APW 2003 were again a huge success and maybe the most colourful ever. I admit: we collected all India pictures available: #elephants, hand painted movie #billboards with Indian style Berlin motifs, and #NinaHagen completed the picture at Berlin´s Brandenburg Gate. ⭐ Of special note was the involvement of 13 embassies from the region, more than twice as many as in 2001. ⭐ The country focus India fascinated visitors with an exhibition “Early Sculptures from India”, dance and theater, concerts, literary events. The event series “bodies.city – New Perspectives from India”, organized by the House of World Cultures, painted an impressive picture of the various facets of Indian contemporary art. At the same time, however, the cultures of many other countries, especially China, Japan, and Korea, were also respresented with high-caliber events. ⭐ The Indo-German Business Conference of the Asia-Pacific Committee of German Business (APA), with the involvement of a large Indian business delegations by the Confederation of Indian Industry (CII) and FICCI illustrated the achievements and potential of the Indian subcontinent, especially in the information technology and service sectors. Other business events focused on Australia, Bangladesh, China, Indonesia, Japan, Korea, Mongolia, Pakistan, Singapore, Thailand and Vietnam. ⭐ The Market of Asian-Pacific Cultures at Schlossplatz proved to be extremely popular again. With 60 hours of a very diverse stage program, delicious culinary specialities, and colourful stands, it attracted up to 30,000 visitors a day.