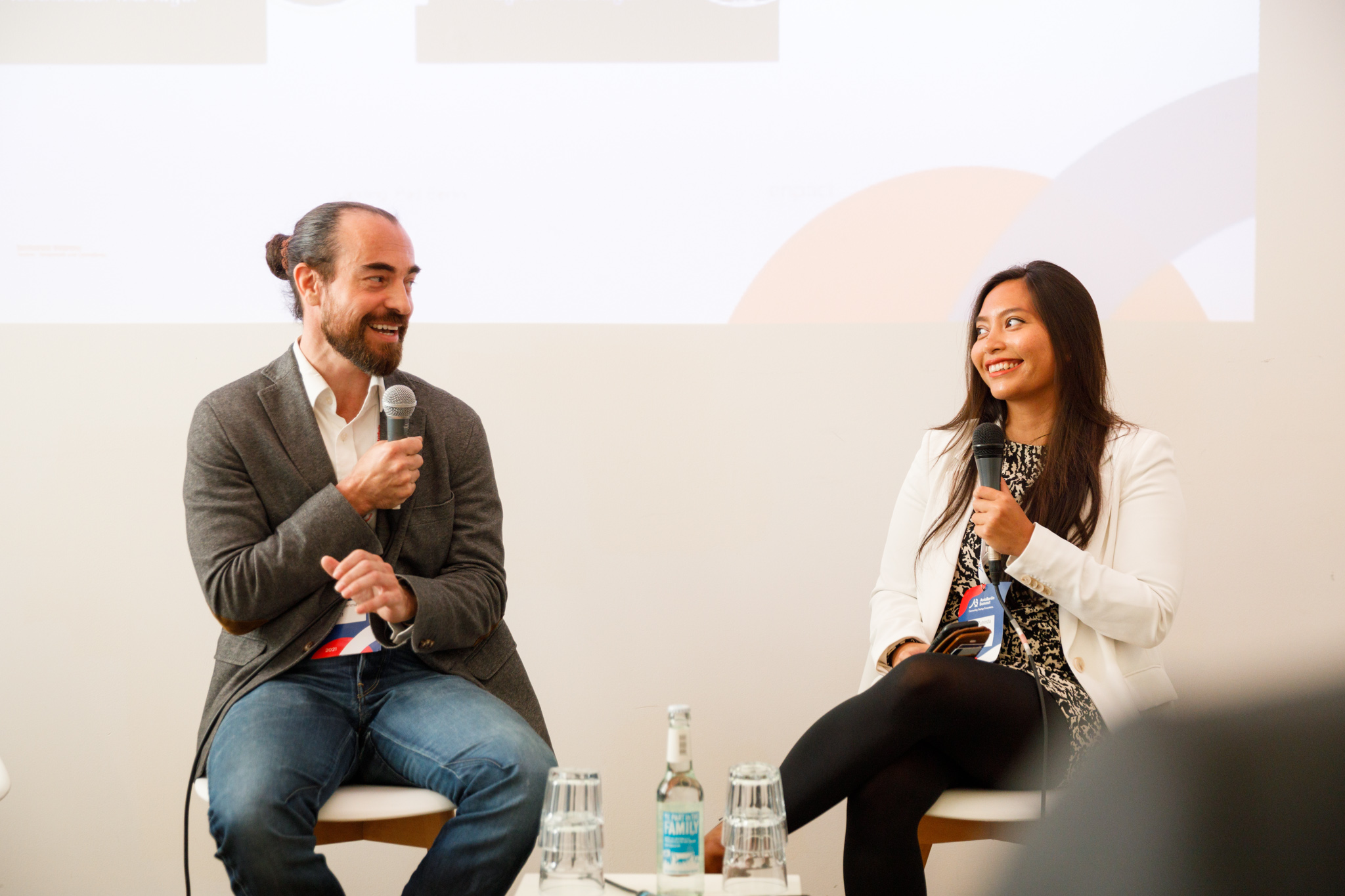 As part of the Embassy series of the AsiaBerlin Summit 2021, we had Indonesia Embassy day on Day 5 of the Summit. We discussed new and evolving opportunities for startups in Indonesia in the domains of digitalization and sustainability. 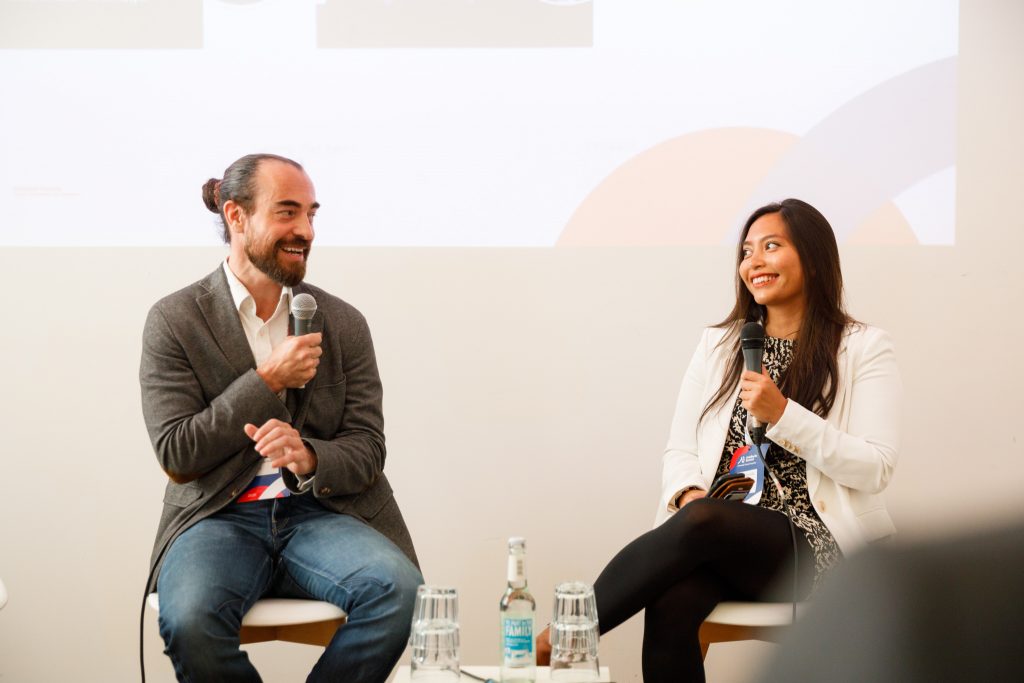 Shira Putrinda engaged in a conversation with Jan Lachenmeyer (enpact)

Indonesia is the 4th most populous country in the world with 4 unicorns and a vibrant tech-savvy young population ready to innovate and solve for the prevailing developmental and environmental challenges. This event addressed the intersection between the two challenges presenting a plethora of opportunities for collaboration between Germany and Indonesia for a more sustainable future.

The session was moderated by Daniel Tumewu, AsiaBerlin Ambassador  and co-moderated by Shira Putrinda, Programme Manager at enpact. The Embassy Day Indonesia was opened by a speech from H.E Ambassador of the Republic of Indonesia to Germany, H.E. Ambassador Arif Havas Oegroseno. Ambassador Havas emphasized on the dominant and growing force of Indonesia in the Internet Economy of Southeast Asia, covering 42% of ASEAN digital economy.

Following the speech by H.E. Ambassador Havas, Dr. Rainer Seider, Head of Unit for European Affairs, Foreign Trade Policy and Development Cooperation in the Berlin Government’s Senate Department for Economics, Energy and Public Enterprises threw light upon Berlin-Jakarta sister city partnerships, with cooperation projects such as Smart Change in his opening remarks. He also briefly introduced the Landing Pad program for startups in South Asia and Southeast Asia -including Indonesian startups- to enter the European market via Berlin.

The session continued with conversation between Daniel Tumewu, AsiaBerlin Ambassador and Florian Holm, Co-Founder Stilt Studios / ex-CEO of Lazada, who is currently based in Bali, Indonesia. Florian recognised a great opportunity for Bali and Indonesia in the Digital Nomad realm and recommended enhancing the legal framework in Indonesia for the required facilitation in Bali. He also spoke about the high prowess of carpenters in Indonesia and how it can contribute to the global  sustainability movement.

This conversation was followed by some remarks by Cornelia Frank, Director Internationalisation & Investment of Baden-Württemberg International, and Christiane Kilian, Head of Startup Department at Stiftung für Technologie, Innovation & Forschung Thüringen. They shared their thoughts on the avenues available and the potential avenues to promote digital and sustainable economy in Indonesia through local and foreign investments , startup ecosystems  and others.

At the next fireside chat, Daniel Tumewu was in conversation with Ambassador Arif Havas Oegroseno and Tanah Sullivan,  Head of Sustainability Strategy & Integration at GoTo Group. Tanah Sullivan spoke about her work in GoTo Group and the challenges and opportunities she has encountered in the sustainability and circular economy sector in Indonesia. Tanah shared her vision for sustainability in Indonesia,  being part of GoTo group, and the ability of Indonesian youth in mobilizing grassroots action to a national scale.

The conversation then transcended to Cathy Sharon and about social movement initiative in Covid-19 situation, and the role of digital platforms to create movement and do good.

As the fireside chats came to a close, Daniel Tumewu introduced the audience to the ongoing Smart Change program in Jakarta that promotes good governance and sustainable urban development in Jakarta in accordance with the 2030 Sustainable Development Goals through the city partnership between Jakarta-Berlin and in triangular cooperation with Bangkok.

On the last leg of the event, Shira Putrinda engaged in a conversation with Jan Lachenmeyer, Managing Director at enpact, to introduce the Berlin Landing Pad program. This program implemented by enpact in partnership with AsiaBerlin for Indonesian startups to softland in Germany, was launched by Ambassador Arif Havas Oegroseno.

We thank all the participants who joined us in person at Spielfeld Digital Hub in Berlin, Konstanz, other cities in Germany, Indonesia, and online through Brella.

Shira Damia Putrinda is a Programme Manager at enpact. She speaks three languages (Indonesian, English, Japanese) fluently. Shira holds a Bachelor of Social Science in International Governance from Ritsumeikan Asia Pacific University, Beppu, Japan. She has six years of professional experience (investment project in Indonesia, business development & global event organization in Europe) at Mitsubishi Motors Corporation HQ in Japan. Shira completed her Master of International Affairs Degree at Hertie School in Berlin, Germany. Through her role at enpact, she is orchestrating the Berlin Landing Pad program for startup founders in Asia entering European markets via Berlin. Shira is passionate about creating an impactful program, bridging the Asia-Pacific (Japan, Indonesia, and other Southeast Asian countries) and Europe. Madhumitha Srinivasamoorthy is a Junior Program Coordinator at enpact. Having completed her Bachelor's in business, she moved to Berlin to pursue her Master's in International Affairs. She is very interested in the Asian and German startup ecosystems and is excited to work towards building bridges between them.