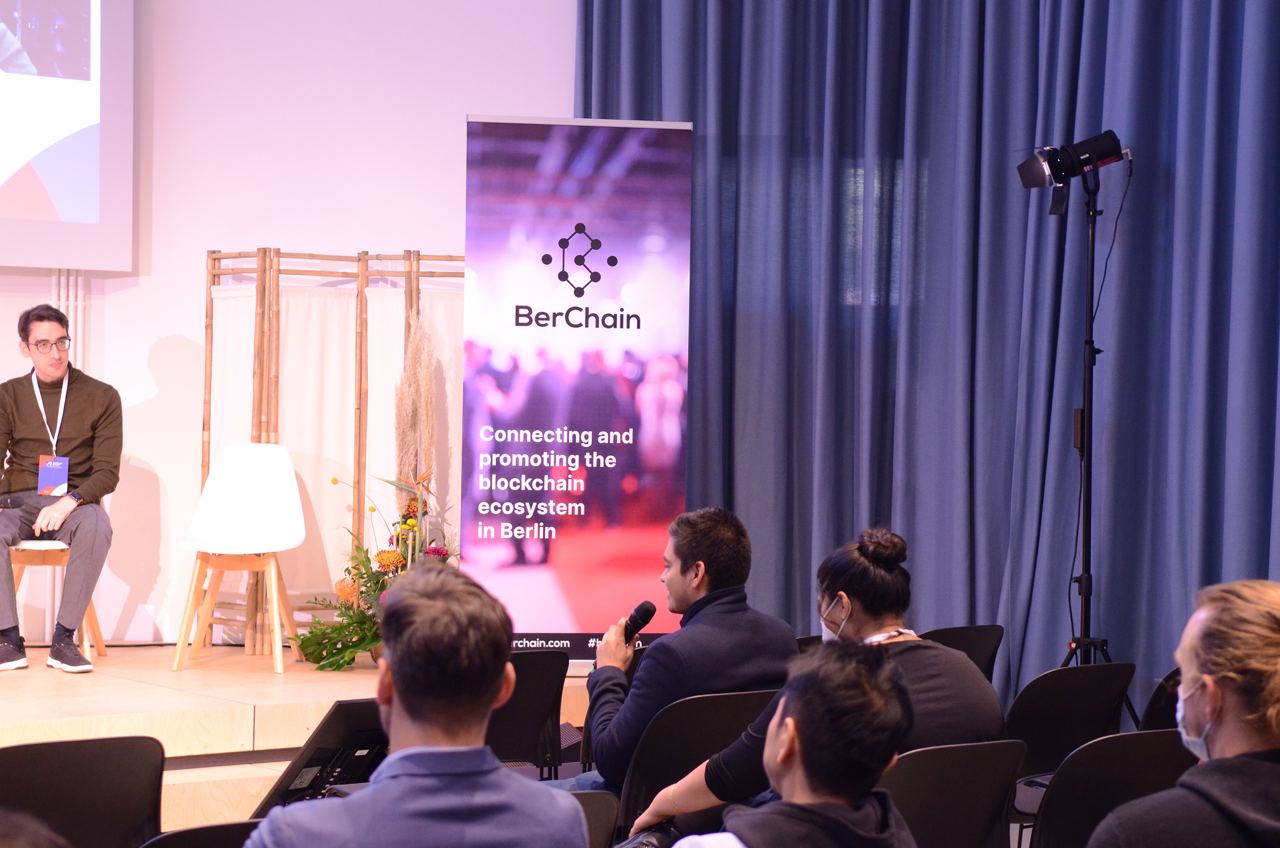 Glimpses from the BerChain Blockchain Program at AsiaBerlin Summit 2021

By Nimish SawantOctober 21, 2021No Comments

The day started with a tasting menu on the promises of Blockchain technology and how the Asian and Berlin startup ecosystems can take advantage of it. Over the day, there was a multi-course menu looking at various aspects of Blockchain such as decentralized networks, decentralized finance and the regulations around them, Web3 and why that was the next disruptor to the promise of Initial Dex Offerings. 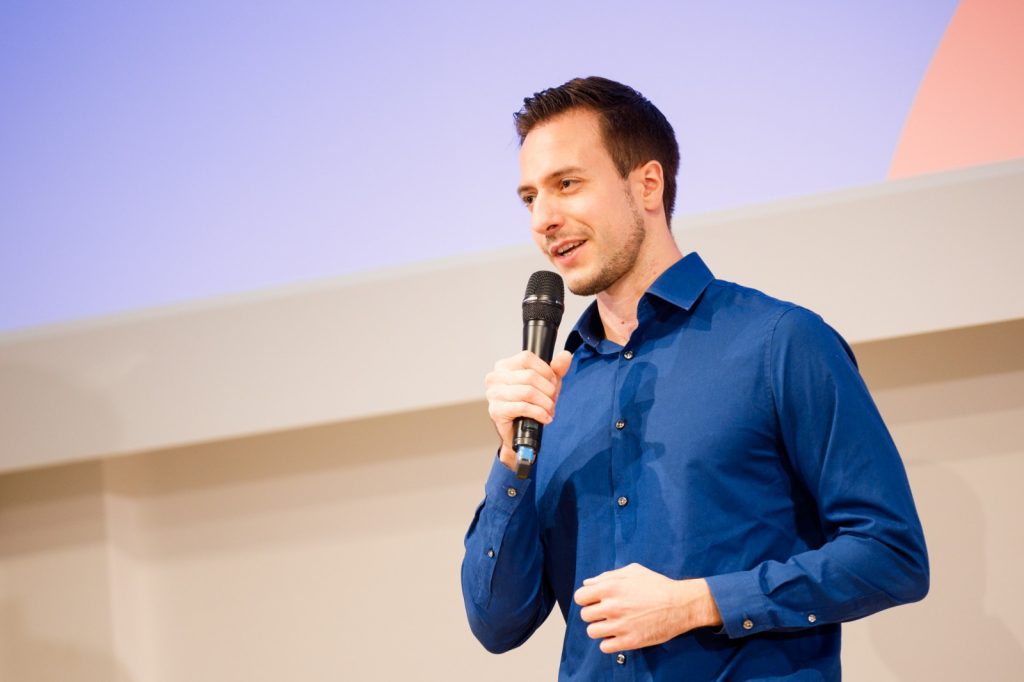 The day started with an address by Ricardo Garcia, VP of BerChain, a non-profit collective of Blockchain startups in Berlin.

Speaking on the importance of Berlin as a hub for Blockchain startups, Garcia said, “Berlin is a key hotspot for global innovation in the Blockchain space. The ecosystem in Berlin continues to thrive and there is a lot of commitment on the Senate level to promote this ecosystem. Understanding of Blockchain has increased in the last 4-5 years and the conditions are improving for Blockchain startups here.”

Berlin Partner has a dedicated Blockchain department that is helping get startups in the ecosystem connected with the right projects. For instance, Berlin has already implemented a project whereby school passing certificates are going to be put on the Blockchain for quick retrieval and avoiding forgery. It’s also partnering with Berlin’s blockchain startups to decentralize the electricity network in the city. These kinds of projects cannot be executed by a single entity. Blockchain startups have to embrace collaborations. 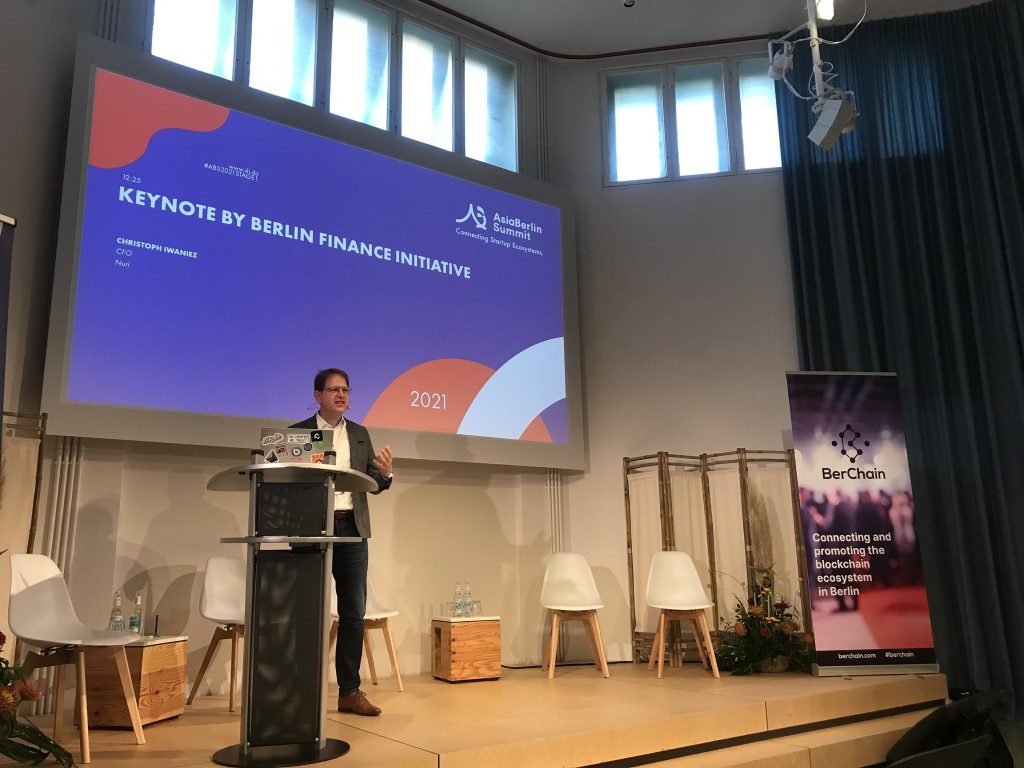 This was further stressed upon by Christoph Iwanuez, the Chief Financial Officer of Nuri, a blockchain-based banking service. According to him, Blockchain by its very nature was borderless so it was important to have a universal understanding of this topic. He noted that innovations happened in the Blockchain space faster than in other areas, as we have seen with non-fungible tokens (NFTs) recently.

“It is important to get out of silos and connect with others in this ecosystem,” Iwanuez noted.

Giving control back to users

Unlike the highly centralized products, apps, and services we use in our day to day, where users have fairly little control over their data, the Blockchain ecosystem offers a way out. 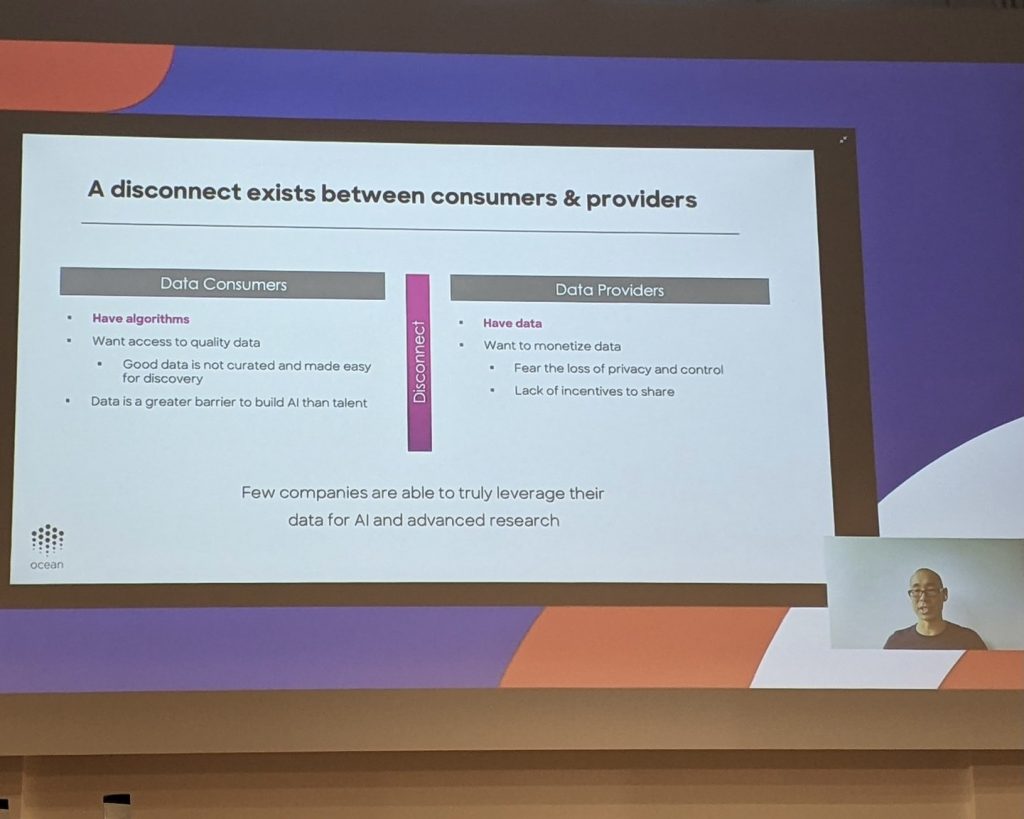 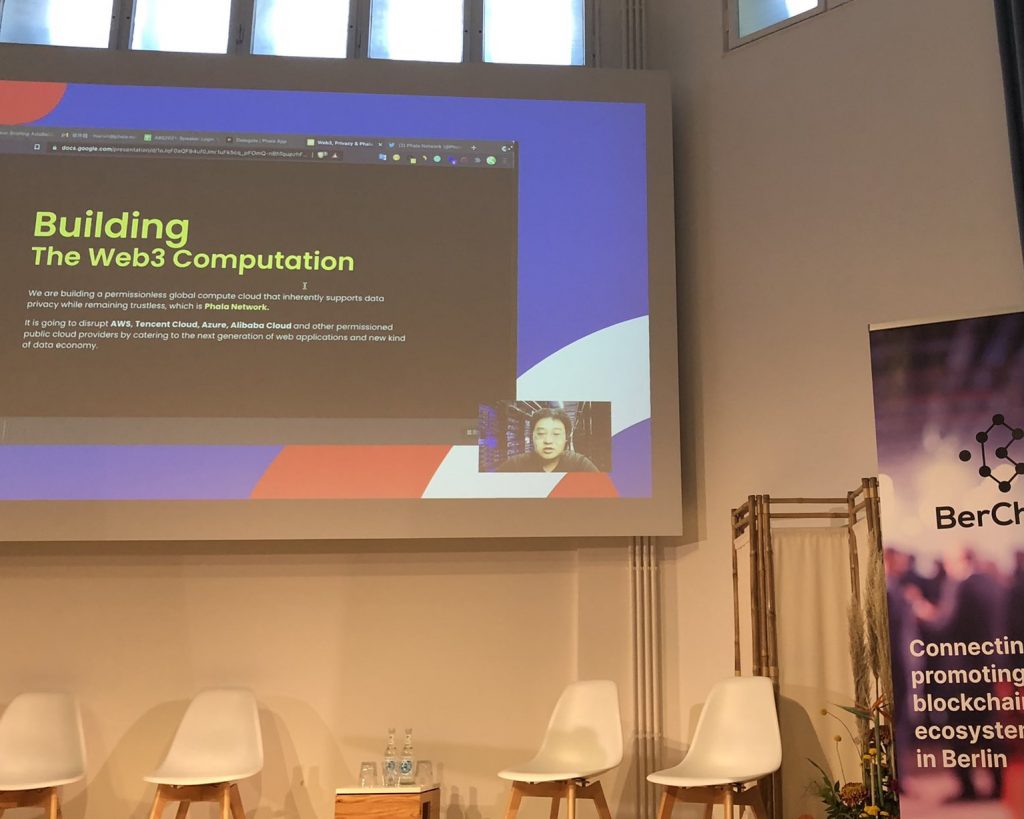 Bruce Pon of Ocean Protocol explained how the value of data was underutilised and there had to be a way to tap it to give control back to the users. He elaborated on how there is a massive disconnect between data consumers and providers. Ocean Protocol is working towards democratising this with contributions from over 10,000 people in 102 countries. Ocean Protocol also has 220 global ambassadors from 80 cities in 40 countries who are running meetups and hackathons.

Marvin Tong of Phala Network spoke about the importance of decentralised cloud networks as we moved from Web 2.0 to Web 3 which is built on open-source protocols. Tong noted why it was important to separate consensus and computation. 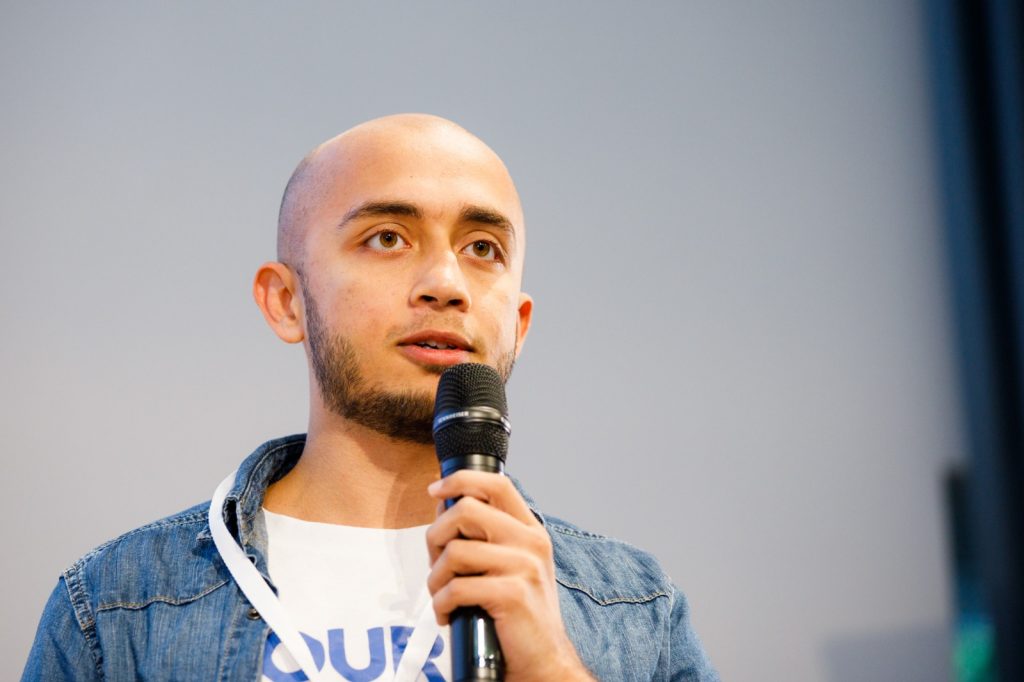 Taking the conversation on decentralization, Kamal Laungani, Global Developer Ecosystem Lead at Affinidi started his presentation by explaining how each of us has multiple identities tied to certain aspects of our lives and how those are currently stored in data silos. According to Laungani, data silos come with its set of limitations to seamless control and access.

“Data Silos are of two kinds. One involves data that’s not trustworthy. And the data that is trustworthy is one that’s captured by government authorities, financial institutions, online entities, and so on. Trusted data is useful but it is in silos in centralized servers. By default, it is not private. If there is a leak in the server, this data can be shared and misused,” noted Laungani.

He spoke about solutions that had to include breaking out of the silos. Speaking of a decentralised future, Laungani noted that data should be issued as credentials to holders in a secure and privacy-first way. The data holder would be the owner and could control credentials to maximize data portability across platforms and borders. Finally, if the holder so wanted she could share her credentials with any application in a verifiable way. Laungani then illustrated that with an example of how Affinidi was helping with establishing selective disclosure for verifiable credentials. 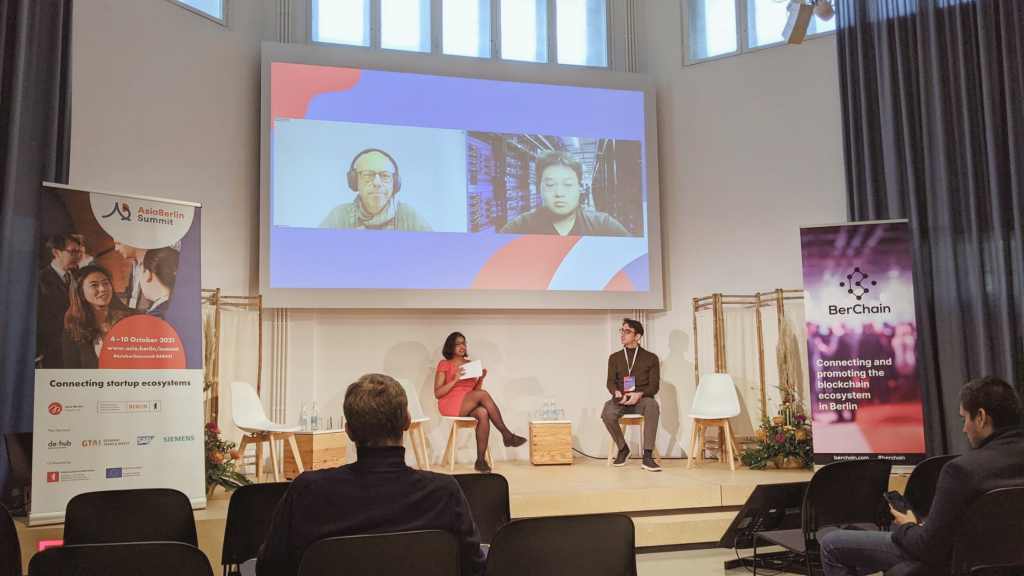 With the conversations around Web 3 picking up pace in the context of decentralization, during the panel on Data Ownership things went a layer deeper when it came to online identity management.

“Before the internet, we had physical documents and repositories. Post internet, there was a boost towards centralization. Most of our data online are not controlled by us – that’s a problem we are trying to solve,” noted Stepan Gershuni of Affinidi. He was seconded by Jolocom’s Joachim Lohkamp who said that hoarding of data by centralized apps and services was problematic. “Value for the company is when data can be contextualized,” said Lohkamp.

“The Internet now is quite centralised and that has led to BigTech companies like Google, Amazon, Facebook, Apple and so on. They are corporations and are there to maximize their profits – they’re closed. Blockchain and Bitcoin have shown that there can be processes and it can help create public good,” said Lohkamp.

Speaking on the need to free up the core layer of digital identity, Gerushin noted, “When we talk of digital identity infrastructure, it can’t be thought of as a regional problem. It’s a global problem to be solved. How can we make sure that we have a globally, equally accessible digital identity infrastructure? Web 3 brings a lot of possibilities with respect to trust and verifiability. But we do not want to tie the business model of any one blockchain to our identity. Our identity should be able to communicate and interact with any kind of blockchain network. It will become so realistic to switch from Web 2 to Web 3.”

Moving on from the decentralised data, the conversations focused on how Blockchain could be used for social good. On this front, there were two startups that were doing just that. 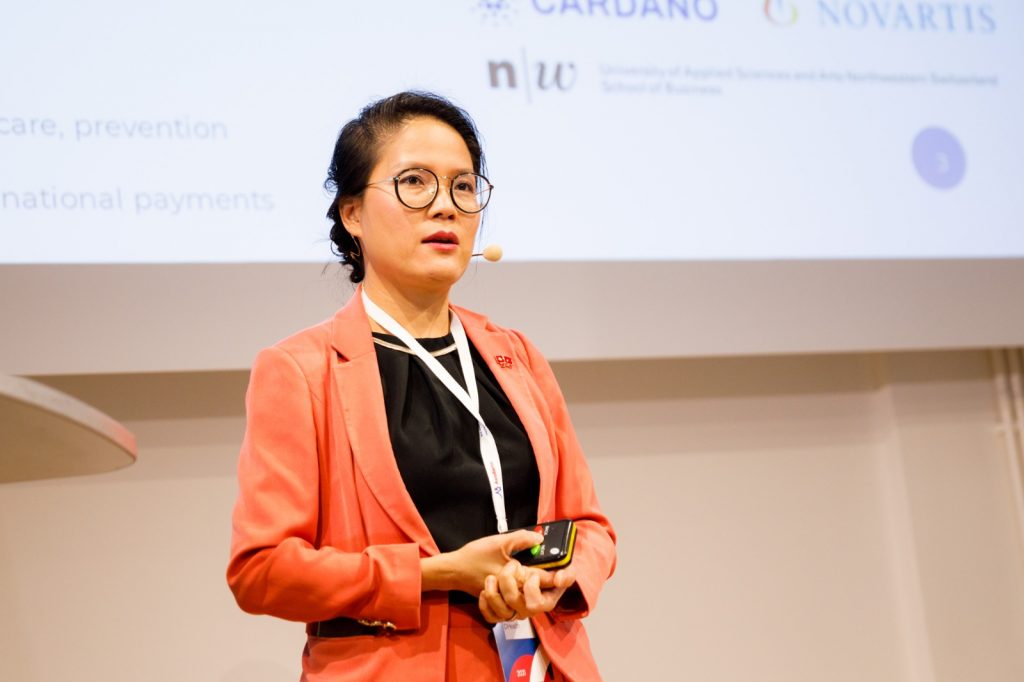 Quy Vo-Reinhard of dHealth Foundation and Kevin Tharayil of Celo Foundation gave the attendees enough examples of how Blockchain can be used for social good.

dHealth uses Blockchain infrastructure for issuing health certificates, Covid19 contact tracing as well as incentivised treatment monitoring. Reinhard presented a use-case from hospital patients it is working within Vietnam, here people are incentivized to answer surveys around their ongoing treatments and the incentives are in the form of future discounts at clinics.

Reinhard quoted a Gartner study which hinted that Blockchain in Healthcare would take over 10 years to reach maturity. “Many people use the internet today, but few know of the underlying protocols that run the internet. This is the same way Blockchain-based apps and services will evolve. For mass adoption of decentralized apps, a stronger collaboration will be needed between the governments, institutions and use cases for the people. When people see the benefits, they will adapt.”

Kevin Tharayil, Partner – Grants at Celo Foundation demonstrated a real-life example of Blockchain benefiting communities in the Philippines who were rendered jobless due to the pandemic-enforced lockdowns. Celo Foundation’s mission involves building financial systems to enable everyone to prosper. In the Philippines, Celo works with Impact Market, a decentralized poverty alleviation protocol to ensure beneficiaries of the Paoay Loom Weavers Cooperative get a universal basic income every week. ImpactMarket and Valora introduced these women to cryptocurrency which not only helped the local community stay afloat, but also led to other collaborative efforts such as community kitchens to help each other out.

CBDCs have begun picking a lot of traction as a lot of governments have come to the realisation that there is no point in resisting the digital change that is soon taking over the financial sector. By coming up with their own protocols to get onboard this system is the only way forward. Currently, there are only two CBDCs, both in the Caribbean islands. Research is ongoing in many countries such as China, Sweden and even at the EU level.

Philipp Sandner, German economist and professor in the area of business and IT at the Frankfurt School of Finance & Management, while speaking at a session on CBDCs noted that it could be used in four areas: Capital markets, Remittances, Wholesale areas where payments happened between central banks and financial institutions and finally in Retail markets.

“CBDCs are currently focussed on the retail payments side and are ignoring the other segments. It is offering digital variants for credit card payments. CBDCs want to challenge the traditional payment sectors,” noted Sandner.

“CBDCs can be deployed for many reasons. For financial inclusion, to prevent financial crime and so on. Behind each central bank there would be one strong approach,” said Dr Oriol Caudevilla, CBDC and Financial Inclusion Working Groups at the Global Impact FinTech Forum (GIFT).

China’s answer to cryptocurrencies is the Digital Yuan, which has already been deposited in some of its citizen’s wallets for initial trials. China has also been banning cryptocurrency trading.

“For China, it’s not about making the society digital – they are already quite advanced there. One key point behind the Chinese CBDC is to try and internationalize their economy. The USD has been the most widely used currency and it’s difficult to change that. Digital Yuan aims to become more important in the international context,” said Dr Caudevilla.

Both panelists agreed that CBDCs would drive the adoption of crypto markets and the push towards CBDCs had in large part to do with Facebook’s push towards its stable coin called Project Libra earlier and now called Diem.

“After observing China for a couple of years, people think China is ready to go live next year. The US and China are far ahead in CBDCs. In Europe, that’s a problem as all players have to come together for a Digital Euro. People here should take it seriously as it has a geopolitical component,” noted Prof Sandner.

On the whole, the Blockchain Summit on the sidelines of the AsiaBerlin Summit was a grand success with participants sticking around for the entire day at the venue as well as online.

Nimish Sawant is a Berlin-based independent journalist with over 10 years of experience covering consumer /enterprise technology, startups and the intersection of technology and society. He's reachable on LinkedIn